It didn’t seem like quite an official release day for the new our hands on one as well, but iFixit ended up gutting the device to see what was on the inside. They didn’t find too many surprises, but they noted that the device’s repairability was unsurprisingly lacking. 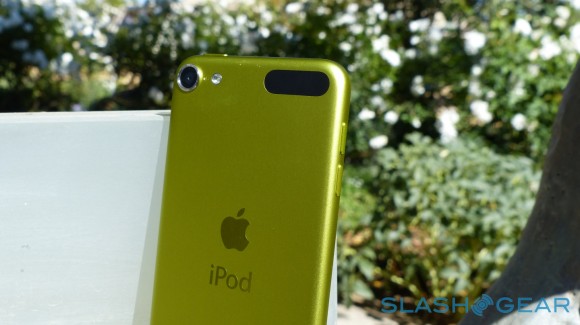 iFixit noted that a lot of the components are soldered together, which would obviously require a very difficult or very expensive repair if anything breaks. They also discovered that the new iPod Touch has no external screws, which may not be too surprising, but the combination of clips and adhesive makes it a little more difficult to open the device up. And while the iPhone 5 included a stronger home button, Apple sadly left that out in the newest iPod Touch, using the weaker rubber membrane of yore. 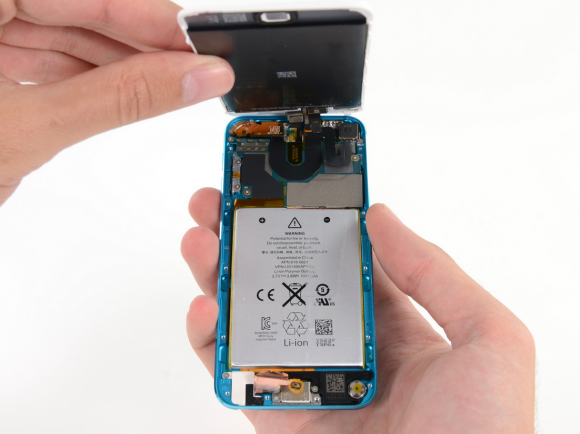 One unfortunate surprise that they found, though, was that most of the cables that are connected to the logic board run over the top and connect on the bottom, which may not sound like a huge deal, but it makes it really difficult to disconnect any of the cables or remove the logic board itself.

However, taking out the battery actually proved to be the easiest tasks of the teardown. It’s glued to the rear shell, but the notches all around the battery make it easy to pry out. This is certainly a good sign, since battery repairs are fairly common. Overall, iFixit it gave the iPod Touch a low repairability score of 3/10.