Just a little over a week after a brawl broke out at one of Foxconn’s factories in China, we’re now getting reports that Foxconn workers have gone on strike due to iPhone 5 quality demands. China Labor Watch is reporting that the strike happened today at Foxconn’s Zhengzhou Factory and involved three to four thousand production workers, most of which were onsite quality control personnel. The result of the strike? CWL says that the strike “paralyzed” production lines. 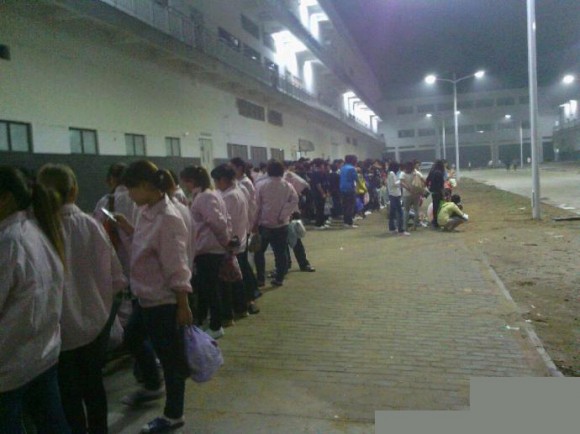 The report states that workers went on strike for a couple of different reasons. First, they were upset that they didn’t get to take time off during the holidays, but there was also an extreme amount of pressure on them to meet new quality standards that had been put in place at the factory. Management apparently put these new quality control standards in place without providing proper training, so obviously, workers weren’t able to meet the standards for iPhone production. Here’s an excerpt from China Labor Watch’s report:

It was reported that factory management and Apple, despite design defects, raised strict quality demands on workers, including indentations standards of 0.02mm and demands related to scratches on frames and back covers. With such demands, employees could not even turn out iPhones that met the standard. This led to a tremendous amount of pressure on workers. On top of this, they were not permitted to have a vacation during the holiday. This combination of factors led to the strike.

Quality control inspectors also went on strike after a fight broke out between them and the workers. Apparently, the brawl sent a handful of folks to the hospital to be treated for injuries, and despite the fact that these quality control inspectors had been physically threatened in the past and went to higher-ups to report the threats of violence, they were merely ignored by the management at the factory.

Hearing all of this, it’s no wonder that these workers went on strike today. It’s been a high-stakes period for Foxconn, with the iPhone 5 shipping late last month and a short supply that can’t catch up with demand. To have quality standards raised when workers were already having a difficult time keeping up with demand is a recipe for disaster, and it looks as if things came to a head (again) today. We’ll be keeping an ear to the ground for more details on this riot, so keep it tuned here to SlashGear for additional information.