HomeNewsiPad mini: Did Apple get launch supplies right, or is nobody buying?
News

iPad mini: Did Apple get launch supplies right, or is nobody buying?

International shipping estimates for the iPad mini, freshly put up for preorder today, continue to extend, though new orders of the black WiFi-only model in the US are still expected to ship by November 2. Presales of the new 7.9-inch tablet began just after midnight Pacific time and, unlike with many other Apple launches, did not sell out of launch day stock in the first couple of hours. In fact, it’s taken several hours – into the afternoon in Europe – before initial stock of both black and white iPad mini units has been exhausted. 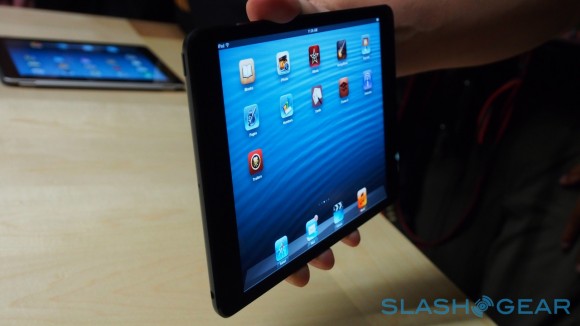 The UK, French, and German Apple stores are all listing the iPad mini WiFi as shipping in two weeks, up from the November 2 prediction they originally carried at the top of the day. Stock of the white & silver version was quick to disappear, with supplies evaporating within minutes, but after a few hours of European availability only the very cheapest black model was showing signs of constraint.

Without actual sales numbers from Apple, it’s hard to know exactly what’s happening with stock of the iPad mini. One possibility is that the company prepared particularly thoroughly ahead of this launch, making sure that the bottleneck affecting previous releases was not repeated; analysts suggested that Apple could have sold considerably more iPhone 5 units in its release weekend had it been able to muster sufficient units to meet actual demand, for instance.

Alternatively, Apple could be prioritizing the US market with stock, hence the shortages in Europe but not America, or indeed it could simply be taking US buyers a while to wake up to place their preorders. Some may be opting for the WiFi + Cellular models, which have more vague release estimates of “mid-November” and “late-November” for the US and Europe respectively.

Or, demand overall could be lower than anybody expected. Apple along with many industry commentators have been confident that the iPad mini – the cheapest iPad to-date – would be a hit, but the smaller slate is yet to prove itself in the marketplace.

Did you preorder an iPad mini? Let us know in the comments.

iPad mini: Did Apple get launch supplies right, or is nobody buying? is written by SlashGear.
© 2005 – 2012, SlashGear. All right reserved.