We’re under a week away from Apple’s next big event on October 23, where the company could be announcing the iPad mini, as well as possibly a 13-inch Retina MacBook Pro and new Mac minis. In the meantime, ETrade Supply has iPad. 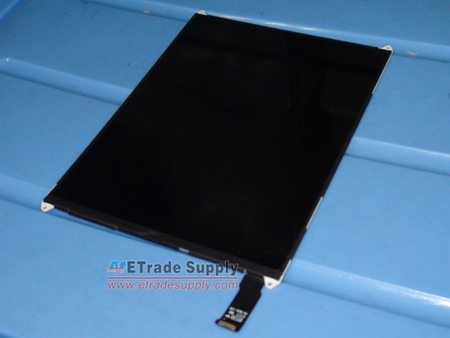 The display unit in question measures approximately 6.4 inches (162 mm) x 4.9 inches (124 mm), which, according to the Pythagorean theorem, goes right along with the well-rumored 7.85-inch screen size of the iPad mini if you take the bezel of the display unit itself into account — the math has it coming out to just over 8 inches in diagonal length.

Text on the back of the display unit mentions that the item was manufactured by LG, and text on the ribbon cable is said to be consistent with the labeling that’s normally found on genuine parts used in Apple products. A French source also posted photos showing what looks to be the iPad mini’s display in quality testing. However, they weren’t able to verify, but the display looks very similar to the one that ETrade Supply posted. 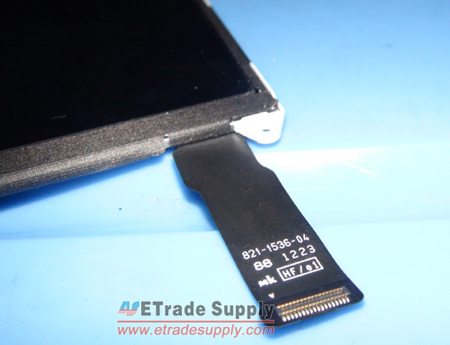 Both sources also had photos of the iPad mini’s battery, which don’t give us a lot of info and aren’t too revealing anyway — it’s just a battery after all. However, sources say the battery will be rated at 16.7Whr running at 3.72V. To compare, the iPhone 5 has a 5.45Whr, so the iPad mini’s battery is more than three times larger.