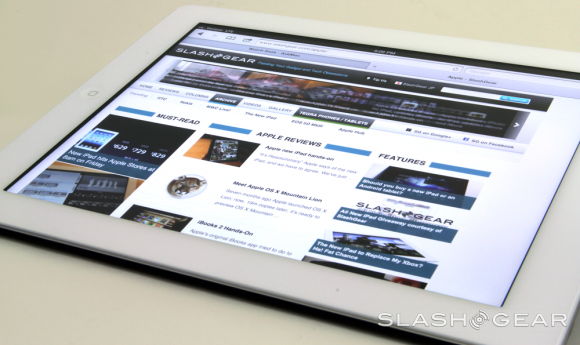 Along with the iPad mini, the 4th-generation iPad arrives on Friday, bringing with it the new A6X chip, as well the new Lightning connector and a better FaceTime camera. However, aside from Apple‘s claims, how much faster is the new iPad compared to its predecessor? It turns out that it’s more than twice as fast as Apple’s third-generation tablet.

The fourth-generation iPad runs off of Apple’s newest A6X processor, which now has quad-core graphics in order to run the tablet’s 2048×1536 Retina display more efficiently. It also appears to be clocked at 1.4 GHz compared to the third-generation iPad’s A5X clocked at 1 GHz, but it comes with the same 1GB of RAM as the previous model.

We would’ve liked to have seen the iPhone 4S in the benchmarks considering they had the older iPad 2 in the mix, just to round out the comparison a bit more, but we can’t complain. Either way, this should help out those who might be thinking about upgrading to the fourth-gen model. Most people will upgrade solely because of the performance boost, but the slightly upgraded camera, WiFi, and the new Lightning connector might also entice a few prospective upgraders as well.