iPad 2 rumored to be phased out after iPad mini launch

It was just about a year-and-a-half ago when Apple unveiled the iPad 2. It was crazy thinner than the first-gen iPad and had better graphics and a faster processor. According to Evercore Partners analyst Rob Cihra, the iPad 2 will be phased out once the iPad mini launches. It might sound crazy, but Cihra says the move will streamline the company’s product line. 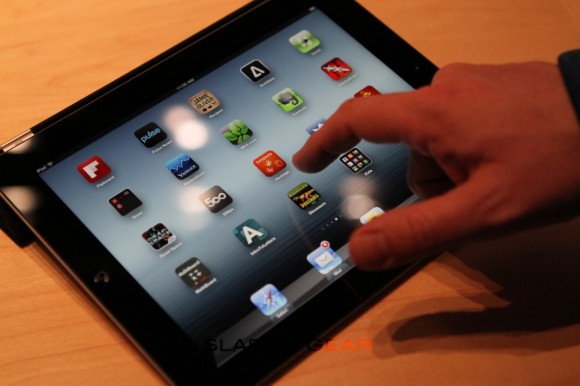 Cihra mentioned in a note to investors that he thinks Apple will be phasing out the iPad 2 (which Apple is still selling for a discounted $399), because the company wants “clearer product tiers.” Cirha believes that once the iPad mini is released, Apple will only have two iPad models to sell — the regular 10-inch third-generation iPad, and the new 7.8-inch iPad mini.

Cihra also believes that Apple will sell close to 7 million iPad minis in Q4, and a total of 26 million iPads during the holiday season if you count both models. Apple will soon announce its Q3 earnings, and Cihra believes Apple sold 27 million iPhones, 17 million iPads, 5.7 million iPods, and 4.9 million Macs, which would result in a revenue of $36.5 billion, with a predicted revenue of $56.1 billion in Q4.

The move to oust the iPad 2 might seem crazy since the device just came out only a year-and-a-half ago, but the strategy of Apple offering only a full-size iPad and a smaller iPad at a cheaper cost makes sense. In the meantime, we’ll have to look forward to October 23, when Apple hold an event to announce what we all expect to be the iPad mini.

iPad 2 rumored to be phased out after iPad mini launch is written by SlashGear.
© 2005 – 2012, SlashGear. All right reserved.