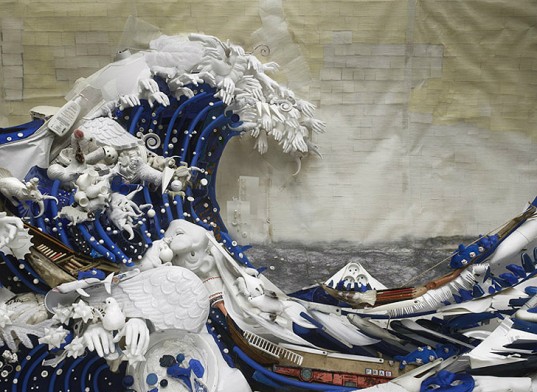 We tend to look to green designers and architects to inspire us and reshape our understanding of what’s possible, and this week we’ve seen plenty of visionary green designs over at Inhabitat. First, JM Schivo & Associati unveiled ambitious plans for “Earth City,” a futuristic green city that would be entirely powered by renewable energy. Then, inspired by NYC’s High Line, Fletcher Priest won the Green Infrastructure Ideas Competition with his proposal for an underground mushroom tunnel beneath the streets of London. At the World Architecture Festival, Nikken Sekkei took home the sustainable building award for its evaporative cooling bioskin building in Tokyo, and science fans successfully purchased Nikola Tesla’s old Long Island workshop to turn it into a museum.

Inhabitat’s Week in Green: Bicymple, computer-age fossils and an underground mushroom tunnel originally appeared on Engadget on Sun, 14 Oct 2012 10:00:00 EDT. Please see our terms for use of feeds.