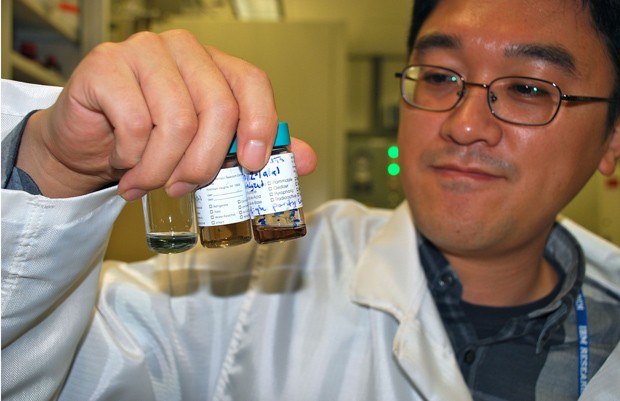 Commercialization of carbon nanotubes is one of the holy grails of next-gen computing, and IBM thinks it’s made crucial steps toward making this a reality. This isn’t the first time that we’ve heard such a claim, of course, but IBM’s considerable resources will make this particularly interesting. The specific problem it’s been tackling is placing enough semiconducting nanotubes together to be useful in commercial chips, with current attempts being more in the hundreds, rather than billions that would be required. The new approach uses ion-exchange chemistry that allows controlled placement of nanotubes at two orders of magnitude greater than before, with a density of roughly a billion per square centimeter. To achieve this, the nanotubes are mixed with a soap-like substance that makes them water-soluble. Next, a substrate comprising two oxides and a hafnium oxide “trench” is immersed in the soap-solution, which results in the nanotubes attaching to the hafnium oxide canals with a chemical bond. Simple when you think about it! IBM hopes that as the materials and method are readily accessible now, that industry players will be able to experiment with nanotube technology at a much greater scale. Though, as we’ve become accustomed, there’s no solid timescales on when this might realistically unfold.