I cancelled my Microsoft Surface order

I um’d and ah’d and hovered over the purchase button for a day or two, but eventually I clicked: I preordered Microsoft’s Surface. Jumping onto new hardware always makes you consider exactly how you’re going to integrate it into your life, but my intentions this time around were pretty clear. I liked the cut of Microsoft’s jib: that its new version of Windows (and the flagship hardware to run it on) was made not only for sitting back and browsing through content, but for actual, proper content creation. I had visions of leaving my MacBook Pro at home and slipping a slender Surface into my bag instead. And then, with shipping just around the corner, I cancelled the order. 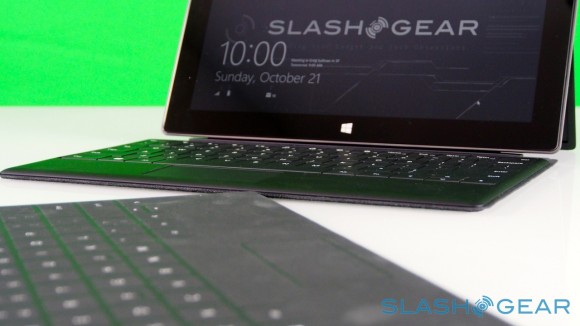 I’m not against impulse purchases, or extraneous hardware. As long as you can afford it, I’m not going to judge you for having a coffee table full of tablets, even though most people only really need one (and that’s if they can ever be said to “need” one at all). My cupboards are a morgue of expired tablets and other geek detritus, acquired over years of “yes, I’ll definitely need one of those” and “oh, what a bargain, I’ll jump on that”; HP’s TouchPad rubs shoulders with an old Samsung UMPC, itself snuggled close to the tiny body of a Fujitsu LifeBook convertible with its dinky little resistive touchscreen. They’re not alone in there.

“Space is at a premium in my bag”

Space, though, is increasingly at a premium in my tiny London flat, and even more limited in my bag. I’ve an iPad and a Nexus 7 that each get regular use at home, but they never come out with me; I won’t spare the weight, especially if I’m also carrying a DSLR. So, on that level, Surface appealed because it could potentially replace, not add to, what I was carrying.

Surface does have some advantages over rival tablets. The integration of keyboard and tablet – while still remaining low profile – and the obvious consideration Microsoft’s designers have given to how the two parts coexist are particularly distinctive, and as someone who does plenty of typing every day that’s an appealing factor versus typing on glass. The USB port meant I could potentially plug in a CompactFlash reader and pull photos off my Canon, too.

For me to consider truly carrying around a tablet – and for it to replace, say, my current MacBook Pro – though, I’d need to be able to actually work on it. Office is all well and good, but like many these days I live my work life in the browser. If a tablet is going to be my sole travel machine, rather than a nice-but-not-essential accessory, then it has to do the essentials my Mac can do. 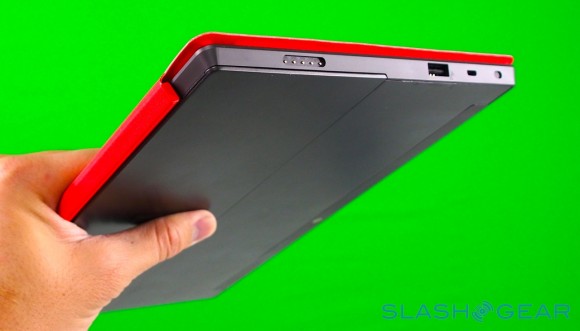 I’m not just talking about writing – heck, I’ve written full editorials in Evernote on a smartphone before now – but actually formatting and publishing articles, complete with images (cropped, resized, tweaked, and watermarked if necessary), tags, and everything else. It’s those requirements that have undermined the iPad so far – little things like Flash-based image uploaders, for instance – and, while Surface looked like it stood a better chance of satisfying my needs, it’s clear from our Surface RT review that it’s not quite there.

Microsoft wants us to think differently about Surface than we do about iPad, and other slates. It’s both a tablet and a PC, we’re told; that’s great, but then it has to deliver on both of those elements. The saving grace is Surface Pro, running full Windows 8 and tweaking some of the other blips that were concerning me about the RT model: Full HD resolution (even with ClearType, I wasn’t convinced by the first version’s 1,366 x 768) and a digital pen. I’m a big believer in the value of the stylus, no matter how much Apple and others have told us it’s passé.

“I’m not the only one yet to be persuaded”

I’m apparently not the only one yet to be persuaded. We’ve been running a poll since Surface pricing was announced, and – of the near 11,000 responses when I write this – the numbers of those definitely intending to buy a Surface (either the cheapest or one with a Touch Cover) and those planning to wait for Surface Pro are equally split. Around 13-percent said they’d be waiting on the first reviews to come in before making a buying decision; I’d be very interested to hear from those people in the comments, as to whether real-world reports on Surface and Windows RT convinced them of its worth. 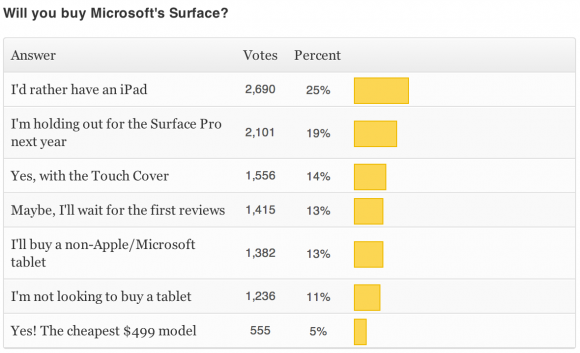 So, I’ll be revisiting Surface as my potential next tablet in early 2013, when the Pro model arrives. It’s undoubtedly going to be more expensive, however, and if the battery life can’t compete with my current Mac, then it may have simply moved the hurdles to elsewhere in the value proposition. Finding the right machine for your needs is always complicated, and I’ve a feeling early adopters who’ve jumped on Surface may also find themselves wondering whether Microsoft’s tablet/notebook hybrid strategy best suits their needs as well.

I cancelled my Microsoft Surface order is written by SlashGear.
© 2005 – 2012, SlashGear. All right reserved.