HomeNewsHTC One X sees Jelly Bean rollout in Taiwan and Singapore, One...
News 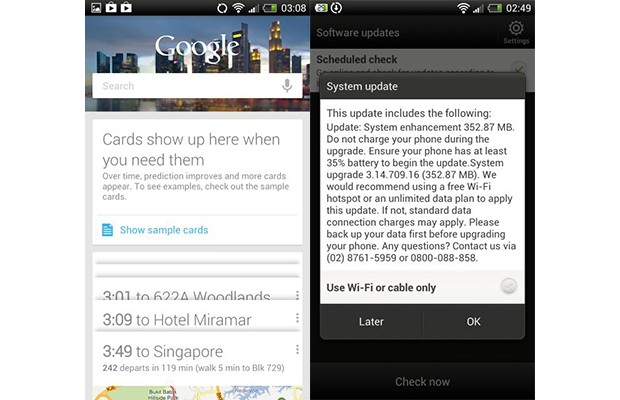 We’ve known for months that HTC intends to upgrade the One X to Jelly Bean, but now it appears the update is finally going live, at least for folks in Taiwan. Members of the XDA Developers forum are chiming in about a 352.87MB OTA update that’s available within both HTC’s home country and Singapore, which brings Android 4.1.1 and HTC Sense 4+ to the One X. Jelly Bean’s appearance for the handset matches an earlier report from Engadget Chinese of an incoming update promised by HTC Taiwan. According to PocketDroid, general manager of HTC North Asia, Jack Tong, announced that One X users within Asia will see the update begin to roll today, and that the One S will also receive Jelly Bean a tad later. We’ve reached out to HTC to verify Mr. Tong’s comments, and for clarification of specific regions throughout Asia.

HTC One X sees Jelly Bean rollout in Taiwan and Singapore, One S update reportedly coming soon originally appeared on Engadget on Sat, 27 Oct 2012 01:29:00 EDT. Please see our terms for use of feeds.