It would appear that the 5-inch warrior currently code-named DROID Incredible X is showing up certified with Verizon as a big competitor for the Samsung Galaxy Note II. What we’re seeing here is the HTC6435LVW, an HTC device also known as the DLX, coming forth with a Qualcomm Snapdragon S4 Pro quad-core 1.5GHz processor with a 5-inch FullHD display and 1.5GB of RAM. This device has also been tipped to be bringing 16GB internal storage (likely one of several choices), a 12 megapixel camera on the back, 2 megapixel camera on the front, and a 2500 mAh battery under the hood as the HTC One X 5. 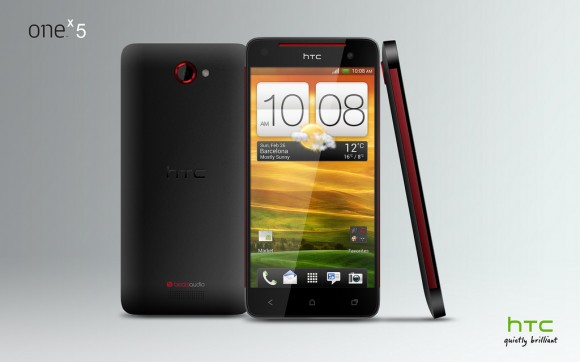 This device has been suggested to be bringing Android 4.1.2 to the party as well as Sense 4+, not unlike it’s recently revealed cousin, the HTC One X+. This device will certainly be coming with 4G LTE with Verizon – if it comes at all, of course, and will be competing against not just the Samsung Galaxy Nexus, but the LG Intuition as well. It’s time for a new era of gigantic displays, that’s for certain.

This device has also been tipped – though it would seem unlikely at this point – to be working as Google’s next Nexus device. At the moment, Google’s suggestion that they’d be working with more than one device manufacturer for their next Nexus smartphone seems less likely than them moving on to LG exclusively as they’ve not yet chosen that OEM to bring a Nexus to light. HTC on the other hand has, and Samsung has as well – and Motorola might have a Nexus in the future, but as they’ve been purchased by Google quite recently, it would make a whole lot more sense to show friendship towards LG – and fairness, as it were.

This HTC Incredible X will likely be essentially a gigantified version of the HTC One X+, a device that’ll bring quad-core power to AT&T. Here with Verizon, HTC hopes to continue their successful drive inside the DROID brand, Verizon’s own specific Star Wars-licensed environment for goodness. The image in this post shows a red ring around the device too, so it’s all but here – but the decision to believe is yours!