HomeNewsHTC backing out of US tablet market
News

HTC backing out of US tablet market

The tablet market has been fierce recently. The battle between Google, Amazon, Barnes & Noble, and of course Apple has been making it more difficult for other manufacturers to gain traction with tablets of their own. HTC, specifically, has been having a hard time, which is why they’ve announced they’re intention to back out of the tablet game. 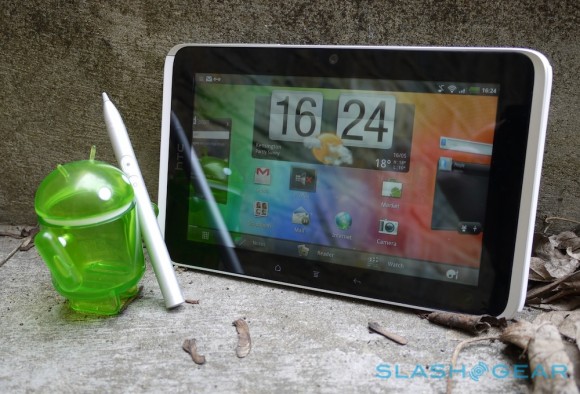 While the company will stop selling tablets, it said it may not be for good. HTC mentioned that it could possibly end up re-entering the market if it comes up with a tablet idea that it believes could shake up the tablet market. HTC’s global online communications manager, Jeff Gordon (no, not the Nascar driver), says that selling tablets “was a great learning experience for us, and they definitely met expectations.” He also mentioned that HTC is “watching that market very, very closely.”

Throughout the past two years, HTC has offered only a total of three tablet models in the US: the 7-inch Flyer and Evo View 4G, as well as the 10-inch Jetstream. All three tablets will be discontinued by HTC and no longer sold to users. It could be considered a sad day for HTC tablet lovers, but hopefully the company will continue to support these three models.

It’s not yet clear as to what strategy HTC might implement if they ever do end up returning to the tablet market, but Gordon said that the company would most likely try to compete with the budget tablets like Google’s Nexus 7 and Amazon’s Kindle Fire HD, but he also mentioned that the company could build a more powerful tablet that would take on the iPad.