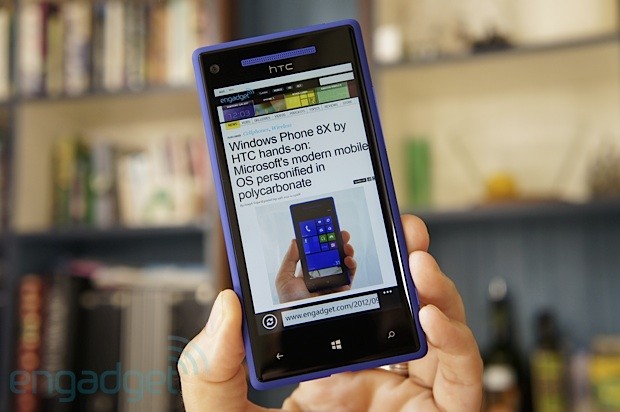 It feels like forever since Microsoft announced Windows Phone 8 back in June, but the mobile OS is finally here and with it comes the inaugural volley of compatible handsets. The first one to cross our desks is the global, unlocked version of HTC’s Windows Phone 8X, a device we first saw in September. Unlike other current flagships, this phone breaks the bigger-is-better trend by providing a full set of high-end specs in a relatively compact package — combining a 4.3-inch 720p Super LCD 2 display, Qualcomm dual-core Snapdragon S4 processor and NFC in a sleek and colorful package. Does the 8X have what it takes to carry the Windows Phone 8 torch? Is this a bona fide flagship despite its reduced footprint? Has HTC designed a better handset than its existing Android superphone, the One X? Find out in our review after the break.