How Will Bill Gates Be Remembered?

Apple co-founder Steve Jobs was a special person. He was able to combine some of the finer elements of the industry into products that made users worldwide drool. And along the way, he established himself as one of the most important figures in the technology industry. To say his contributions to the industry were significant would perhaps be too simple a summation of such an important figure. 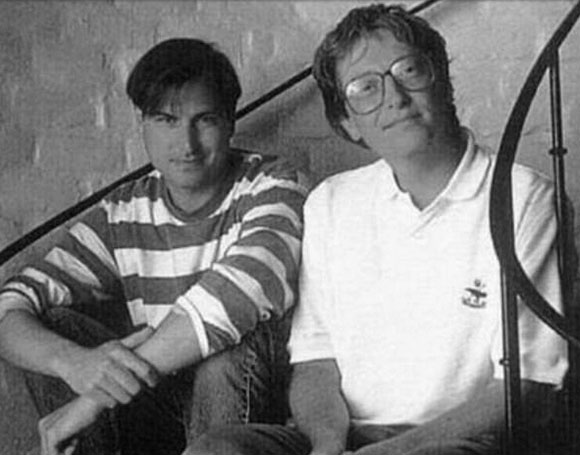 A year after his death, Jobs was celebrated by consumers worldwide, giving a clear indication that although his company is now under the leadership of someone else, he will never be forgotten.

At first glance, there should be no reason Gates doesn’t earn the same respect and idolatry of Jobs. After all, without Bill’s decisions, we might not have Windows, the PC market wouldn’t be as advanced as it is today, and it’s hard to say how the corporate world would be operating. It’s easy to say that someone else could have come up with everything Gates did, but they didn’t. And his position as a tech icon has been cemented because of that.
“Without Bill’s decisions … it’s hard to say how the corporate world would be operating.”
But Gates wasn’t always as beloved as Steve Jobs. For a long time, Gates was viewed unfavorably because he was the richest person in the world. And in the late 1990s when Microsoft was at the height of its power, Gates was viewed as the evil leader that dominated other companies.

Now, though, things have changed a bit. Microsoft is no longer the big, brooding company that it once was. And although it’s still generating billions of dollars in revenue each quarter, it’s largely an afterthought in an industry dominated by Apple and Google.

Moreover, Gates is no longer running Microsoft, and long ago left day-to-day operations at the company. Gates is now a full-time philanthropist. And his contributions to the world and the people who are in need of help is nothing but commendable.

Still, I can’t help but wonder how Gates will be remembered. On one hand, I think that he might finally get his due as a technology icon after his death when people take an honest look at his contributions and the economic activity they spurred.
“Gates was great and all… but he wasn’t Steve Jobs.”
At the same time, I can’t help but shake the feeling that Gates inspired enough distaste among critics over the years that even over time, he won’t be viewed on the same level as Steve Jobs. Gates was great and all, those critics might say, but he wasn’t Steve Jobs.

Of course, the debate over whether that’s true or not will last forever. And chances are, no one will be able to arrive at a consensus. But if we can agree on anything, it’s that Gates did contribute quite a bit to the industry. And if nothing else, he should be remembered for that a long ways from now when the old guard gives way to the new upstarts.

I regret buying my iPhone 14 Pro for 3 big reasons

5 Things to Know About the iPhone 14 Plus