Samsung has committed to pushing out Jelly Bean to all US variants of the Galaxy S III, though has stopped short of saying when – beyond “in the coming months” – Android 4.1 will arrive exactly. Instead of a firm date, the Jelly Bean update is in the hands of Samsung’s carrier partners, the company concedes, which will also be able to decide whether to deliver it OTA or via Kies (or, indeed, both). 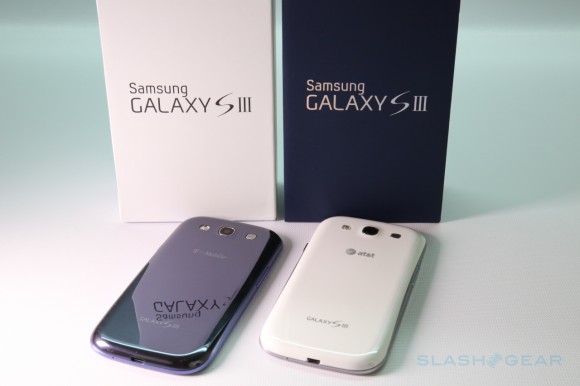 “The specific timing and update method will be announced by each carrier partner, AT&T, Sprint, T-Mobile, Verizon Wireless and U.S. Cellular” Samsung said in a statement today, something which is unlikely to reassure owners themselves. Patchy Android update timescales have been the bane of devices running Google’s OS, particularly when – like Samsung does with TouchWiz – the operating system is customized.

The Jelly Bean roll-out began for the Galaxy S III in late September in certain areas of Europe, followed by South Korea earlier this month. The majority of handsets are still waiting for Android 4.1, however, with Samsung apparently loath to put a firm date on when they’ll all be upgraded by. In the meantime, newer Samsung phones – such as the Galaxy Note II – are already on shelves with Jelly Bean in place.

Still, Samsung is excited about what Jelly Bean will bring to the Galaxy S III. The company cites Project Butter as helping smooth out the UI as a whole, as well as Google Now, better notifications in the drop-down bar, tweaks to the camera with new filters and a low-light photo mode, and the preloading of the Swype keyboard. There’ll also be resizable Pop Up Play picture-in-picture.