Back in May, Groupon purchased Breadcrumb, a point-of-sale system for the hospitality industry meant to erase the clunky systems of past years and replace them with a sleek, affordable iPad app. Breadcrumb offers all the features needed by restaurants, cafes, or bars in a single app, including the ability to process sales using an card swiping attachment for the iPad. Originally offered under a pilot run in New York, this POS app is now available nation-wide. 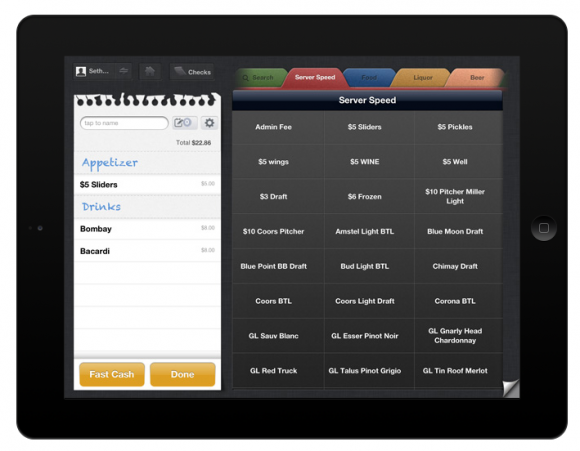 Features for this point-of-sale app include the ability to track employee labor, map out tables or serving courses, send orders to one or more kitchen stations, control cash drawers and receipt printers, and configure various menus, including pricing. In addition to offering the various features a restaurant or bar may need, Breadcrumb also allows real-time monitoring of reports, which are updated with every interaction with the app. Reports can be viewed by authorized users anywhere via a web browser.

Breadcrumb is only available for the iPad, which is perhaps disappointing to those who prefer Android, although the limitation makes sense from a stability standpoint. The variety of hardware available that runs Android – some of which is very low end – could result in bugs and glitches that, while not explicitly Breadcrumb’s fault, would no doubt be associated with the app instead the hardware. Whether the app will ever be available for Android is unknown.