At a launch event in San Franciso, GoPro announced its new HERO3 Black and Silver edition HD cameras, the latest in its line of action cameras. The HERO3 models are smaller and lighter than previous models, and feature the iconic design that is quite unlike any other camera on the market. The GoPro website is presently displaying a countdown timer for when pre-orders can be placed, which starts at 12:01AM. 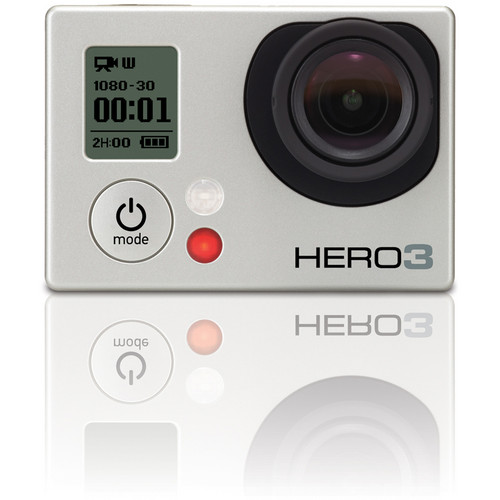 The GoPro HERO3 Silver edition, designed specifically for recording action sports, has a waterproof housing for depths to 197 feet. The camera records video in 1080p at 30fps, 960p, 720p, and 480p. This model features an 11MP sensor, microSD card slot with support up to 64GB, a 6-element aspherical lens, a USB 2.0 port, and a micro HDMI port. Like the HERO3 Black edition, you can use the stereo mic adapter and composite adapter accessories.

The HERO3 cameras are equipped with built-in wifi, which includes a wifi remote with a transmission range of 600 feet. The Black edition is priced at $399, while the Silver edition is priced at $299. There’s also a lower-end white edition, which is priced at $199, offering 5MP still images. Check out some images taken with the HERO3 in the gallery below.