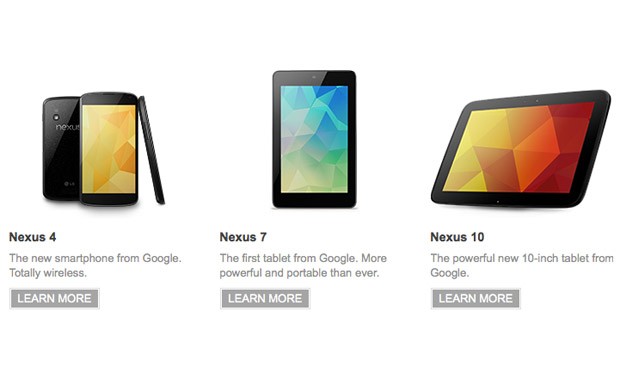 Remember the 8GB Nexus 7? So long, old friend. The 16GB Nexus 7 has now taken center stage in Google’s Play Store, with $199 netting you a slate that’s currently boasting a “now shipping” status. Those willing to fork out $249 can get a 32GB model (also listed as “In Stock”), while $299 provides access to a GSM-enabled 32GB model that’ll hop onto cellular networks — unfortunately, that one’s listed as “coming soon.” Those hoping to keep themselves informed about the incoming Nexus 4 smartphone and Nexus 10 tablet can visit the source link in order to register for email updates, with shipments expected to begin in many nations on November 13th.