Today Google announced some new devices and updates, including the Nexus 4 smartphone, the Nexus 10 tablet, a 32GB Nexus 7, and an update to Jelly Bean that brings it to version 4.2. One of the new features in Android 4.2 Jelly Bean is called Photo Sphere, and it allows users to take panoramas in any direction that they’d like. 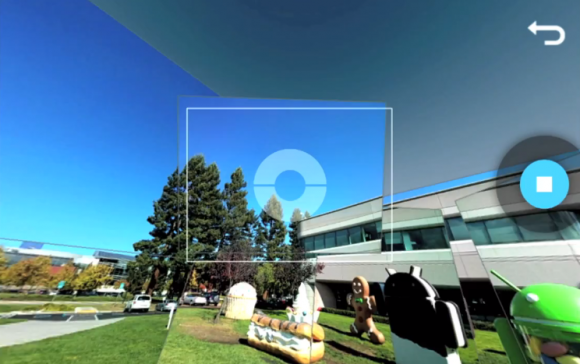 The feature has you starting in a central location, then all you have to do is move your device around to capture the images you want, going in any direction that you choose, meaning that you don’t have to go from left to right, or from the bottom to the top. After you’re done capturing what you want in the photo, simply go back to your central location where it then saves the image.

We already talked a little about Photo Sphere in our rundown of new features in Android 4.2, like additional dictionary items in the speech-to-text archive and improved keyboard suggestions, but Google has been pushing out more details to us about the feature. Obviously, Photo Sphere reminds us of Street View, and that’s actually where Google got the inspiration for Photo Sphere. Users can essentially create their Street View if they want.

Photo Spheres are stored as JPEG files and can be shared easily, since all of the information required to view Photo Spheres is embedded as open XML metadata in the image itself. This means you can easily email them to friends and family, and post them up on your favorite social network, whether that’d be Facebook, Twitter, or Google’s own Google+.

Google’s Photo Sphere creates panoramas in any direction is written by SlashGear.
© 2005 – 2012, SlashGear. All right reserved.