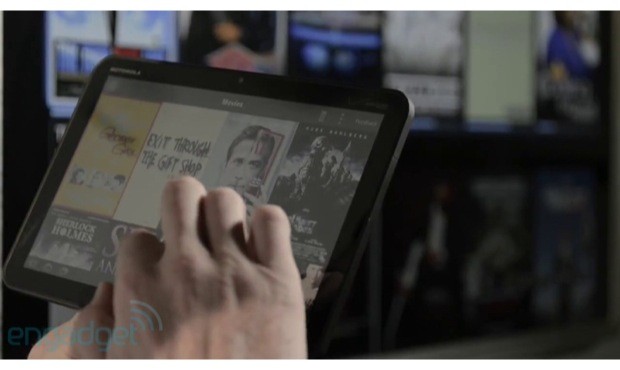 During Google I/O this summer the Google TV team promised more features were on the way — the upgraded Google Play app just arrived — and now it’s posted a “sneak peek” video (embedded after the break) that shows us a few. As promised, there’s second screen integration allowing users to browse live TV and streaming content on the app, then choose it so it starts playing on the TV. Much of the demo is focused on the big improvements it says it’s made to search, with voice search that works across TV and the internet to quickly pull up specific content, content by genre or perform specific tasks like tuning in a particular channel or website like Google Maps. There’s also a new mini-guide overlay based on its personalized TV & Movies app so you can get an idea of what else is on without jumping completely away from what you were watching. Getting cheaper hardware available from more manufacturers is just one part of the puzzle, we’ll see if these improvements make Google TV a desired intermediary between broadcast television and internet streaming.

Update: Someone may have goofed and released the vid accidentally, because it’s been marked as private now. We did manage to grab a couple of snapshots though, check them out after the break.

Update 2: As we suspected, this was definitely an accidental early release of the video so while these updates are certainly on the way, they may not be right around the corner. According to a Google spokesperson “We’re excited to bring users the next version of Google TV’s software in the months ahead, but have nothing further to announce at this time.” And so the waiting game begins.

Legs are coming to Zuckerberg’s metaverse