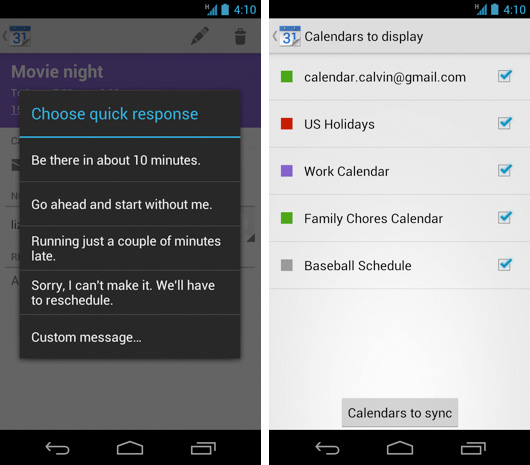 Google has historically broken out preloaded Android apps like Gmail and Maps as stand-alone titles so that they don’t have to be upgraded in lock-step with the main OS, but its Calendar app typically hasn’t had that privilege. The isolation ends with a newly distinct Google Calendar that’s treated as just another Google Play download. You’ll need at least Android 4.0 or 4.1, which leaves relatively few differences between the download and what’s already on your device, but that’s not the point — the change really lets Google move users on to the Jelly Bean app and beyond, even if their device makers aren’t ready. Owners currently running Jelly Bean will still get a few extras, such as better support for non-Nexus hardware and a wider time range for calendar syncing. Hit the source link if you’re game for that kind of futureproofing.

Google Calendar for Android becomes stand-alone app originally appeared on Engadget on Wed, 17 Oct 2012 20:05:00 EDT. Please see our terms for use of feeds.