Whether you’re bilingual and regularly write emails in multiple languages, or you occasionally need to insert a word containing different alphabet letters or symbols into an email, Gmail’s new input tools will make the task easy. Google has added over 100 new virtual language “keyboards” to Gmail. When enabled, the input tools feature allows you to type a word phonetically using an English keyboard, and it will automatically be transliterated into the correct symbols or alphabet. 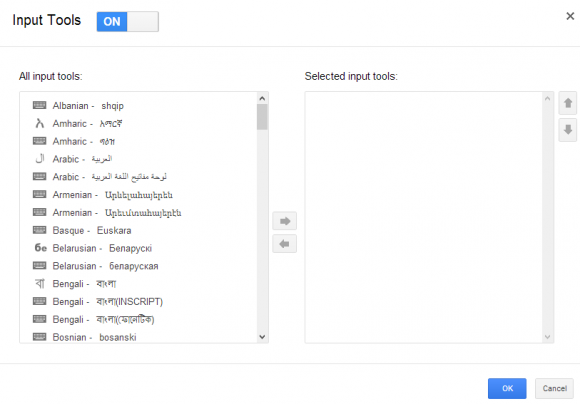 In order to use the new language tools, you have to enable “Input Tools” under Languages in Gmail’s settings. Once the input tools button is checked, you’ll be prompted to choose which languages you want to add to your Gmail as shown in the image above. After selecting the languages and saving the changes, a button will appear next to the settings button.

Once the virtual keyboards have been enabled, you can use them by clicking the button next to the Settings button above the email fields. If you have more than one language selected, you first have to click the drop-down button and select the language. After selecting the language, click the button to enable the keyboard. When you begin typing in that language phonetically using English letters, a box will appear that lists the transliterated word using the proper symbols or alphabet. 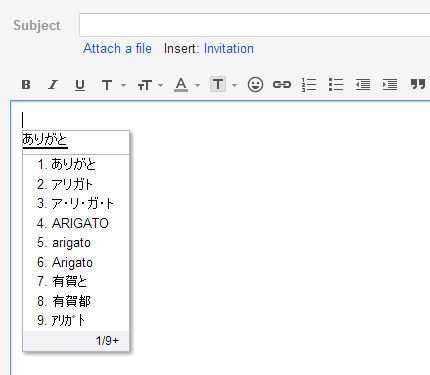 With the addition of these virtual keyboards, Gmail now supports 75 different languages, up from 5 in 2009. If you use Google Chrome, you can take advantage of this feature using the related Input Tools extension. For using it on other Google services, including Google Drive, visit the official Input Tools page on Google.