If you’re a big fan of movies and television, undoubtedly you have some of your favorite shows that may or may not be on the air anymore. A lot of people out there would love to own a prop used in one of their favorite movies or TV shows, and you can do just that. A company called ScreenUsed has announced a new auction that will be conducted on Saturday, November 3 of this year packed with cool props. 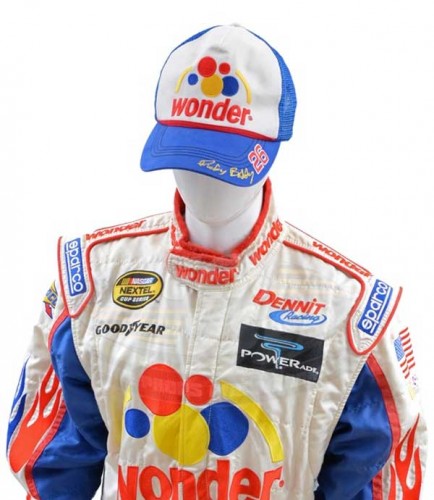 The auction has a huge number of items that were used on the screen in some of the most popular movies and television shows out there. If you ever want to own Jayne Cobb’s Vera machine gun from the series Firefly, here is your chance. The auction in November has a lot of other cool stuff as well. 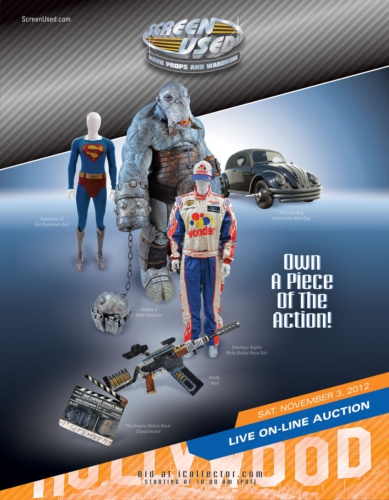 Other interesting items that will be on auction include a Wink costume from the flick Hellboy II: The Golden Army, Neo’s coat from The Matrix Revolutions, and an even a production used clapperboard from Star Wars: The Empire Strikes Back. While all that stuff is cool, those aren’t the most interesting items to me.

One of the most interesting items in the auction is the full racing suit worn by Will Ferrell in Talladega Nights. The racing suit is a customized Sparco racing suit worn by Ferrell along with the Wonder Bread hat and puma shoes. Another of the supremely cool items on display is a full endoskeleton chest from Terminator 2: Judgment Day. There are also multiple Star Trek uniforms and props as well as the Superman bodysuit worn by Christopher Reeve in Superman III.

Geeky movie props turn up at auction is written by SlashGear.
© 2005 – 2012, SlashGear. All right reserved.