Fans of the BioShock franchise are undoubtedly waiting for the next game in the franchise to launch called BioShock Infinite. That game is up for pre-order now and gamers who place their order at Gamestop will get a second game free of charge. The pre-order get you BioShock Infinite when it launches and a copy of another BioShock game that you can play right now. 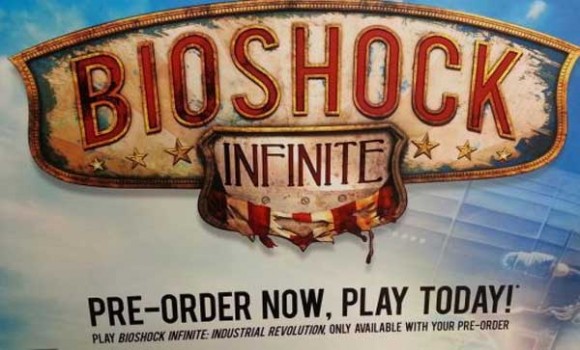 That second game is a flash-based puzzle game called BioShock Infinite: Industrial Revolution. This little puzzle game was apparently made specifically for the Gamestop pre-order promotion. The game has players filling the shoes of the factory worker in the BioShock Infinite world who completes puzzles to support one of the two factions in the full game.

The game promises more than 50 levels to play. BioShock Infinite currently has a release date of February 26, 2013. That release date has already been pushed back in the past so more delays are always a possibility. What we know about BioShock Infinite so far is that the developers promise the new game will dwarf the original in scope and ambition.

The developers have apparently been working on the game for about four years. The original launch date was set as of October 16 with availability for the PS3, Xbox 360, and PC. The developers say that they have done things no one has ever done in a first-person shooter before.