Evernote for Android gets new offline notebooks, widgets and more 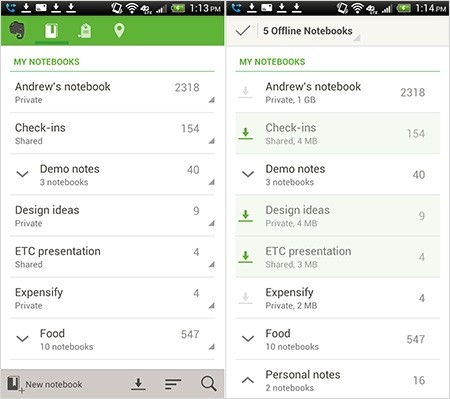 Evernote has already revamped a few of its offerings this month, and it’s now brought some changes to its Android app as well. That includes new offline notebooks for premium subscribers that’ll let you download multiple notebooks in one shot, a pared down note editor toolbar, retooled Action Bars for Android tablets and a new resizable Grid Widget for your homescreen. Not surprisingly, Evernote also says that the update includes a slew of other fixes and tweaks that promise to make the app “faster and more reliable,” and it’s promising that there’s still “lots more to come.” You can find the updated app in the Google Play store at the link below.

Evernote for Android gets new offline notebooks, widgets and more originally appeared on Engadget on Fri, 19 Oct 2012 15:31:00 EDT. Please see our terms for use of feeds.