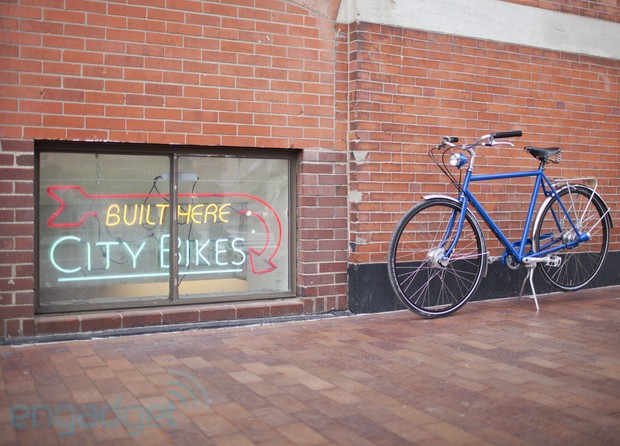 My day with Dan Sorger was winding down and the photographers were out joyriding on his bicycles when he beckoned me to look at something on his tiny, age-stained LCD monitor. Nestled in between a curling collection of Post-It notes was an anecdote about a wealthy Italian man which he began to read aloud, “Once upon a time, long ago …” According to the story he had spent an exorbitant sum of money to modify his prized Alfa Romeo. As a result, his family tried to have him declared insane and wrest control of his fortune. As the trial got underway, the judge asked to see the vehicle in question and, once he set his eyes on the custom-crafted aluminum body, he dismissed the case, declaring, “The search for beauty is the most natural thing in man.” The tale is allegedly the origin of storied automobile designer Ugo Zagato, but it’s the judge who is the real star and it’s his words that struck a chord with Dan, the founder and owner of DBC City Bike Design.

Engineering a better bicycle with DBC City Bike Design originally appeared on Engadget on Tue, 02 Oct 2012 15:00:00 EDT. Please see our terms for use of feeds.