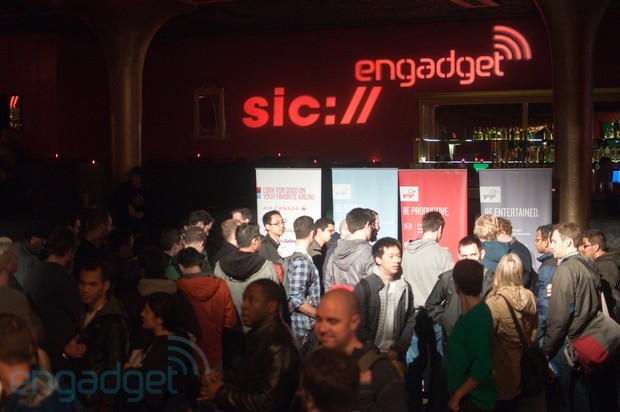 Goodnight Seattle! Man, we sure had a blast at last night’s reader meetup. The party went down at the Showbox Theater, right across the street from the city’s fishy Pike Place Market. Droves of Emerald City Engadget readers braved the drizzle to hang out, talk tech and win some of the year’s coolest gadgets — including a brand new Microsoft Surface RT (yes, it came with a keyboard), a Nexus 7 and a pair of Kindle Fire HDs. We learned a lot of valuable lessons: everything’s better with a green screen, people want to know where we go sweater shopping and Seattle’s gadget geeks don’t really know all that much about the Wu Tang Clan. Thanks everyone for coming out — we’ll see you in New York City!

Philip Palermo contributed to this report.