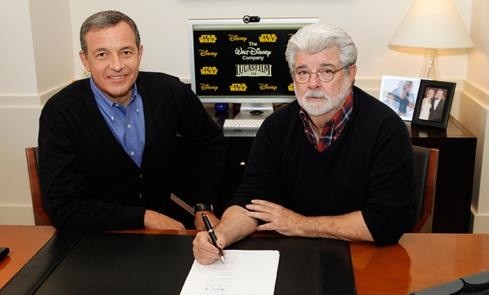 Disney is already one of the biggest media companies around, and it’s now set to become even bigger. The company announced late today that it’s acquiring Lucasfilm Ltd., currently 100 percent owned by founder George Lucas, for $4.05 billion in a cash and stock deal. That of course includes the rights to both the Star Wars and Indiana Jones film franchises, as well as Lucasfilm properties like Industrial Light & Magic and Skywalker Sound. What’s more, the press release announcing the deal also confirmed that Disney is now targeting 2015 for a release of Star Wars: Episode 7, and that its “long term plan is to release a new Star Wars feature film every two to three years.” No word yet on a proper release of the original, original trilogy.