HomeNewsDie Hard 5 trailer rips a hole in your Friday
News

Die Hard 5 trailer rips a hole in your Friday

If you thought today was exciting, you’d better get your running boots on – Die Hard 5 has been confirmed in a big way with Bruce Willis bringing out the heat once again in an explosion-filled fun-fest you’ll not want to miss. What we’re seeing here in the premiere of this beast is director John Moore taking over for our good pal Len Wiseman after the 2007 film Live Free or Die Hard – now we’ve got John McClane hanging out in Russia – with his son. 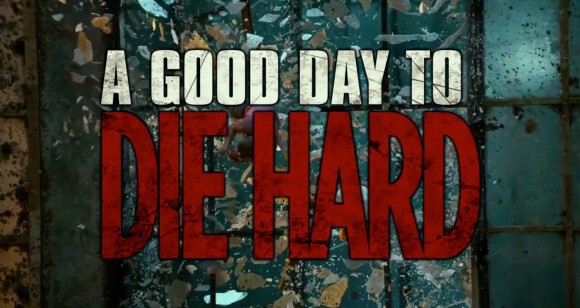 You’ll want to buckle your belt as it appears that the Die Hard crown is passed on from everyone’s favorite shoot-em-up hero in Willis to Jai Courtney, aka John McClane Jr. Here we’ve got a collection of slightly lesser-known actors playing the rest of the roles in the film save Mary Elizabeth Winstead of Scott Pilgrim fame and a still-rumored villain role set for Patrick Stewart (but we shall see.) What’s important here is that there’s explosions – lots of explosions.

The director of this film, John Moore, is most well known for his direction of the classic “Behind Enemy Lines”, and is sure to bring another lovely page to the years-long story arc. Bruce Willis will still be breaking necks and busting caps as he’s proven he’s more than able to do in his role as Joe in LOOPER. Have a peek at our LOOPER movie review to get all the deep dark news on how he’s gotta kill his younger self – or avoid being killed by his younger self as he interrupts his own past – it’ll make sense, break out the straws!

Meanwhile have a peek at our Entertainment tag portal for all the special features you can handle for only the most excellent big-name films and science-related flicks. We’ve worked through our fair share of great science-fiction pictures over the past few months and action has been abundant – stay tuned for more!