Dell XPS 12 Windows 8 convertible priced at $1,199 and up, ships this month with pre-orders starting today 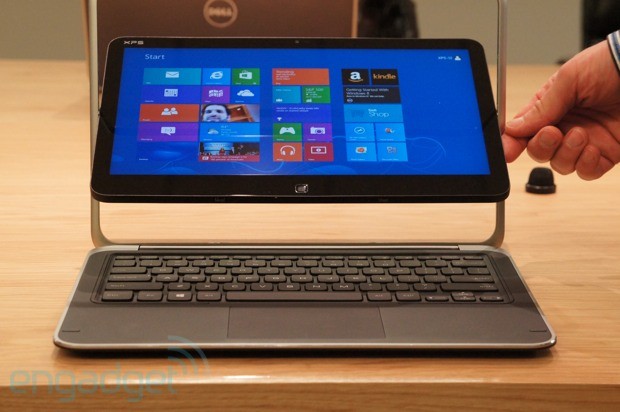 Well, that’s a form factor you don’t see that often. Of all the Windows 8 PCs we’ve seen so far, the Dell XPS 12 is tough to forget, if only because it’s the only one whose screen flips inside the hinge like an easel. We already got hands-on at IFA last month, but now we’re learning some key details — you know, like pricing and availability. Dell just announced that it will go up for pre-order today, starting at $1,199. (It will ship October 26th, the day Windows 8 launches.) That’s a princely sum indeed compared to some of the other Windows 8 ultraportables we’ve seen, but it’s important to remember that this runs not on an Atom processor, but an Ultrabook-grade CPU. And while you might assume that 12.5-inch display makes do with 1,366 x 768 resolution, it’s actually a dense 1080p panel. Hopefully we’ll get to review a final unit soon, but in the meantime feast yourself on a fresh round of hands-on shots below.