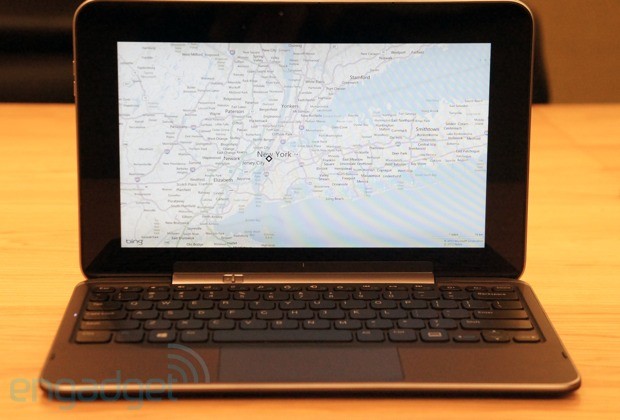 Surface isn’t the only Windows RT tablet going on sale this week: Dell’s XPS 10 ships on Friday, though it’s actually for purchase now on Dell’s site. (It won’t ship until mid-December, so don’t get too excited.) The tablet starts at $500 for the 32GB tablet by itself, which is right in line with Microsoft’s Surface pricing. The 64GB model is priced at $600. Interested in that optional keyboard dock? (Of course you are!) Dell is selling two bundles: one with the 32GB tablet for $680, and another with the 64GB one for $780. Though the keyboard comes at a premium, especially compared to Microsoft’s Touch Covers, it offers some things Microsoft doesn’t — namely, a USB port, HDMI output and a built-in battery. Whichever model you choose, the XPS 10 has a 10.1-inch screen with 1,366 x 768 resolution and a dual-core Snapdragon S3 processor clocked at 1.5GHz. And, unlike some other Windows RT tablets, this one supports both finger and pen input. Hit up the source link for more info, and check out our fresh round of hands-on shots below.

Update: As some of you have pointed out, that $499 starting price includes a one-year service plan, valued at $100. You can opt out of this plan and get the standalone tablet for $399.