HomeNewsDell announces its first multi-touch monitor, the S2340T, and a wireless trackpad...
News

Dell announces its first multi-touch monitor, the S2340T, and a wireless trackpad for Windows 8 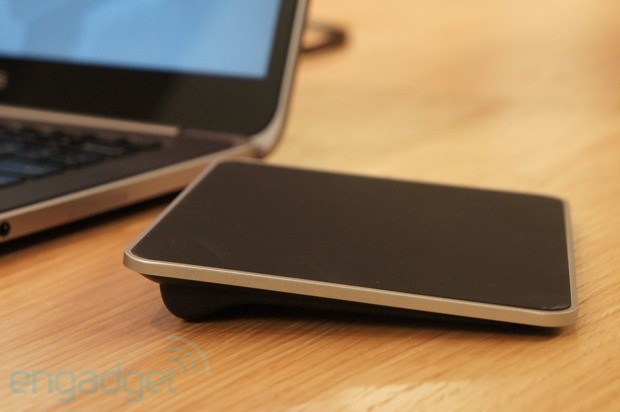 In addition to trotting out a new Windows 8 Ultrabook and putting its Windows RT tablet up for pre-order, Dell just announced its first multi-touch display along with a wireless trackpad optimized for Win 8. Starting with the 23-inch S2340T, it has 1080p resolution and a 90-degree articulating stand that allows the display to lie nearly face-up. At the base, you’ll find various inputs, including USB 3.0, HDMI, DisplayPort and Ethernet. There’s also a webcam up top for those of you who plan on giving the new version of Skype a try. Meanwhile, the TP713 (pictured) is a Magic Trackpad-style touchpad designed to support Windows 8 gestures, such as swiping in from the left to toggle through applications. Both are up on Dell’s site now, with the monitor priced at $650 and the trackpad going for $70. Both are expected to begin shipping this week.

Dell announces its first multi-touch monitor, the S2340T, and a wireless trackpad for Windows 8 originally appeared on Engadget on Tue, 23 Oct 2012 12:22:00 EDT. Please see our terms for use of feeds.