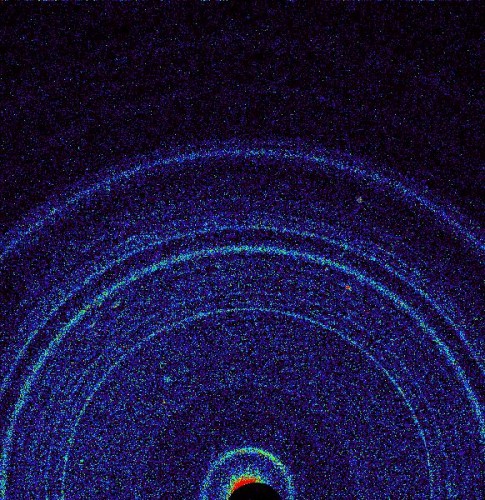 NASA’s Martian rover, Curiosity, has beamed back early results from its first mouthful of red soil, with signs that the Mars dust is similar in composition to Hawaiian volcanic basalt. X-ray diffraction testing of an accuracy previously unseen on Mars was used on a sample gathered earlier this month, NASA’s Jet Propulsion Laboratory announced, with the soil believed to be much younger than that which suggested evidence of historic water on the planet’s surface several weeks ago.

Then, Curiosity was believed to have been in an area of Mars that would previously have been a riverbed, with conglomerate rocks estimated at several billion years old. Those were consistent with the presence of flowing water; however, the newer samples are more in line with soil that has had “limited interaction with water” the JPL says.

“Much of Mars is covered with dust, and we had an incomplete understanding of its mineralogy,” David Bish, CheMin co-investigator with the Indiana University in Bloomington said of the new results. “We now know it is mineralogically similar to basaltic material, with significant amounts of feldspar, pyroxene and olivine, which was not unexpected.”

“Roughly half the soil is non-crystalline material, such as volcanic glass or products from weathering of the glass” Bish concluded. “So far, the materials Curiosity has analyzed are consistent with our initial ideas of the deposits in Gale Crater recording a transition through time from a wet to dry environment.”

As Bish says, the results aren’t exactly coming as a huge surprise to the Mars researchers. The X-ray diffraction basically confirmed much of the previous inference and assumption about the surface of the planet, while the CheMin (Chemistry and Mineralogy Instrument) also identified some previously unexpected minerals in the sample.

Still, it’s early days yet. Curiosity is expected to take two years to implement its ten instruments and help scientists figure out whether microbial life would ever have been feasible on Mars.