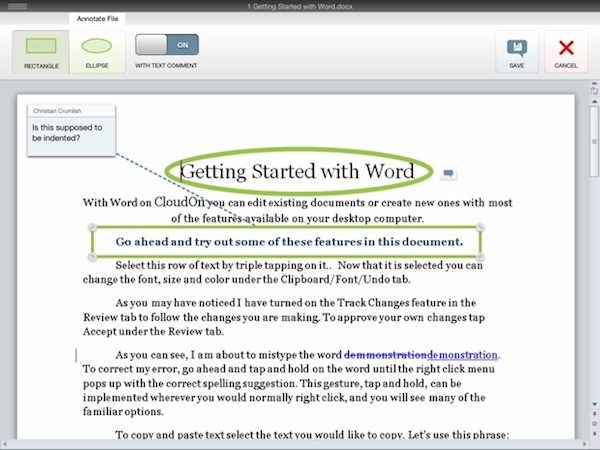 Having already conquered over 70 countries in its relatively short history, CloudOn decided it was now time to make its handy cloud-based tools available to all Android and iOS users around the globe. Aside from announcing its worldwide invasion, CloudOn’s also outed version 2.5 of its application on Google and Apple’s mobile platforms, bringing with it a slew of new traits into the mix — among these are a FileSpace for “real-time context around any document,” the ability to add single-tap annotations to Word, Excel or PowerPoint files, an all-new ribbon that’s enhanced for tablet use and, naturally, universal language support. It’s worth noting that while all of these novel features will be available on Android / iOS at some point, the former two are currently only compatible with Cupertino’s devices — however, CloudOn has told us the missing goods will be making their way to the other side very soon. We’re not exactly sure when that’s going to be, but if you’re still interested in grabbing the app, you’ll find the necessary download links below.

CloudOn announces new features, worldwide availability on iOS and Android originally appeared on Engadget on Wed, 17 Oct 2012 12:00:00 EDT. Please see our terms for use of feeds.