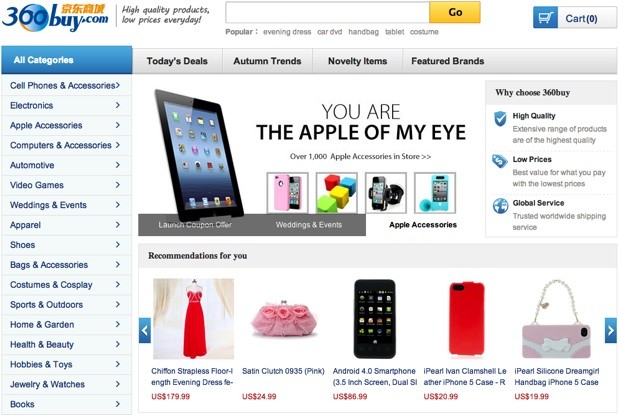 Many of us who live in North America and Europe consider Amazon synonymous with online retail — yet we forget that the company barely even registers in some parts of the world. That misconception is about to be cleared up now that one of China’s largest online retailers, 360buy, is going global. A just-launched English version of the store is initially shipping China-made goods for free to 36 countries that include obvious candidates like Australia, Canada, the UK and the US as well as France, Germany and southeast Asia. You’re unlikely to find a Kindle Fire HD equivalent in the selection, but the mix could still make Amazon nervous when the brand-agnostic can already find real bargains. Combined with long-term plans to set up local distribution points, 360buy’s international expansion could get more of us comfortable with buying from China and heat up a retail race that some thought had already been won.

Chinese online retail giant 360buy spreads worldwide, may keep Amazon on its toes originally appeared on Engadget on Fri, 19 Oct 2012 14:04:00 EDT. Please see our terms for use of feeds.