Samsung and Apple have a strange sort of symbiotic relationship. On one hand, Apple uses Samsung for a large number of the components it needs for its devices, and Samsung receives considerable business from Apple. Despite this, the two companies have also been caught up in a series of patent wars, with lawsuits being slung back and forth. Recently, Apple began shifting its orders around to multiple suppliers, reducing its dependence on Samsung, although it states that this was due to risk management. 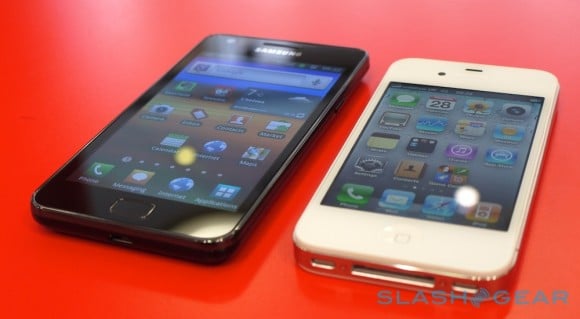 Now another story unfolds involving the two companies. Jim Mergard, Samsung’s chief system architect, has left the company after 16 months to work for Apple. Before working for Samsung, Mergard spent 16 years working for Advanced Micro Devices as chief engineer and vice president. Perhaps adding to the story, back in August, Advanced Micro Devices hired Jim Keller, who previously worked as a chip architect for Apple. Apple also recently hired John Bruno, a system architect for AMD who left the company to join the Apple ranks.

What’s with the employee shuffle? It’s not uncommon for high-level technical workers to leave one major company in favor of another. What is curious, in this instance, is that the move was from Samsung to Apple at a time when both companies have been at each other’s throats. While Mergard spent a decade at Advanced Micro Devices, he only spent 16 months at Samsung.

Apple has been pursuing chip architects for some time now in order to improve its mobile devices. At the same time, Samsung has been vocally upping its game in the world of microprocessors. Whether this employee transition has anything to do with the ongoing spat between the two companies is unknown, but as things continue to heat up, it is something of interest.