Just a few days ago, we told you that Chevrolet was going to be officially unveiling their 2014 Corvette on January 13 at the North American International Auto Show in Detriot, MI. They were sparse on details, but it seems they were just too excited to leave everything behind closed doors. Today, the company dropped the curtains on the car’s new motor. 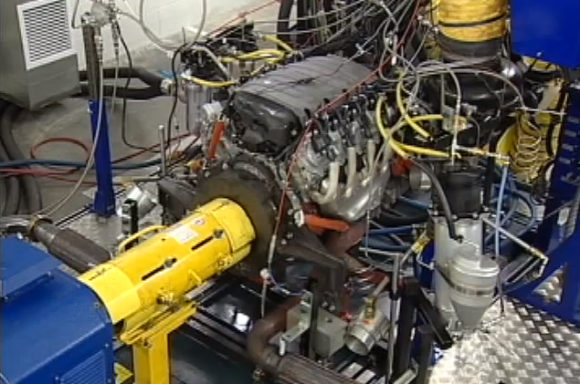 The next-generation Corvette engine is called the Gen V LT1, and it’s a direct-injected eight-cylinder motor with a cool 450 horsepower. GM confirmed this morning that the new motor will be 6.2 liters, despite earlier reports saying that it would be a 5.5-liter engine, similar to that of the C6R.

The new engine comes with some advanced technology too. It has cylinder deactivation to increase fuel mileage (similar to what a lot of newer vehicles have). This reportedly will give the 2014 Corvette over 26 MPG on the highway. The new motor also has dry sump lubrication and variable valve timing.

Compared to the previous LS3 engine, the LT1 has 20 more horsepower and 26 more pound feet of torque (426 pound feet of torque in total). The engine also has a slightly better power curve than the LS7 currently powering the Corvette Z06, and engineers expect a 0-60mph time of under four seconds. The 2014 Corvette will sell for around $50,000.