HomeNewsBlackBerry rep shows off L-Series smartphone, forgets it's meant to be a...
News 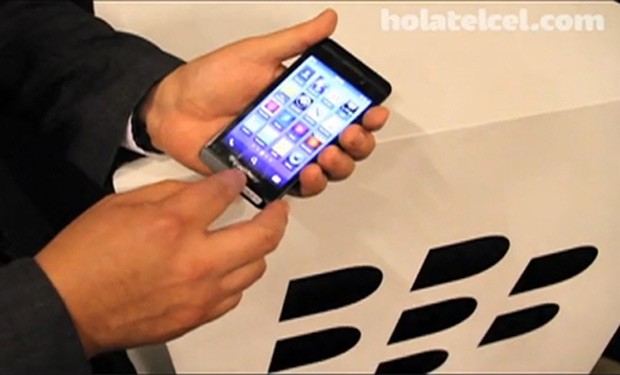 While the rest of us are chasing after dev phones and blurrycam shots, BlackBerry representatives in Mexico seem to be happy to wave honest-to-goodness L-Series handsets around on video. Website Hola Telcel filmed the sequence after the break, in which we’re given a shaky tour of BB10 — including the camera app’s interesting “best shot” feature — but with virtually no attention given to the hardware itself. Nevertheless, we can just about make out the previously-noted design, with the screen panel sandwiched between slightly rounded matte black plastic top and bottom parts, and a big silver BlackBerry logo emblazoned across the bottom. Also, unless we’re reading way too much into it, the way people hold the device suggests it could be nice and thin.

BlackBerry rep shows off L-Series smartphone, forgets it’s meant to be a secret (video) originally appeared on Engadget on Fri, 12 Oct 2012 07:58:00 EDT. Please see our terms for use of feeds.