HomeNewsBell may get Samsung Galaxy Rugby LTE on November 1st, give Canadians...
News

Bell may get Samsung Galaxy Rugby LTE on November 1st, give Canadians rough and tumble 4G 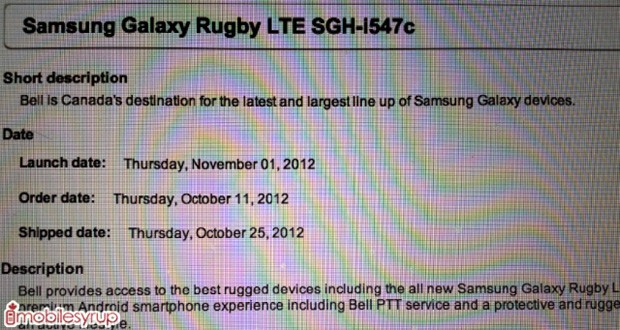 Americans won’t get to keep the Galaxy Rugby Pro all to themselves. As long as internal documents gleaned by MobileSyrup prove true, Bell should be carrying Samsung’s ruggedized 4G phone as the Galaxy Rugby LTE on November 1st. Other than the name change, it’s likely to be a match for the AT&T version down to the very wide frequency support we saw at the FCC, when it appeared as the SGH-i547. You’re looking at a modest 4-inch screen, 768MB of RAM and 5-megapixel rear camera, but also a quick 1.5GHz dual-core processor, Android 4.0 and that dust- and waterproof body. Pricing is an unknown, although the partly toned-down features imply that the Galaxy Rugby LTE will skew well below the $160 contract price for a Galaxy S III on Bell’s network.

Bell may get Samsung Galaxy Rugby LTE on November 1st, give Canadians rough and tumble 4G originally appeared on Engadget on Sun, 14 Oct 2012 07:39:00 EDT. Please see our terms for use of feeds.