Tesla is one of the most successful electric vehicle companies out there. It also happens to offer some of the most interesting electric vehicles on the market with its Model S and the Roadster. Tesla has been disruptive in the automotive industry because it sells directly to customers rather than exclusively through dealer networks. 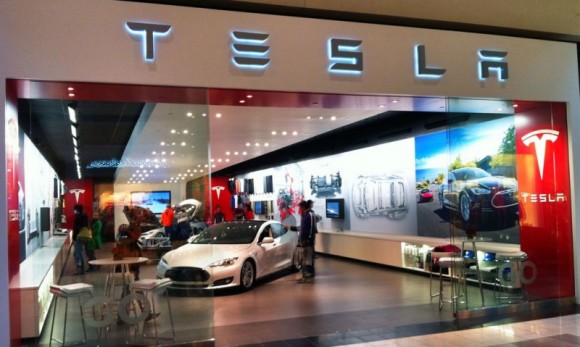 Tesla Motors is now being sued by two different automotive dealers groups forcing the company to defend its model of selling directly to customers. Lawsuits have been brought against Tesla in New York and Massachusetts with dealers associations claiming that Tesla is violating franchise laws within the states.

Tesla argues that it is at a disadvantage under a normal dealer system of selling cars, and that it isn’t hurting Tesla franchisees by selling directly to consumers within the states. Tesla CEO Elon Musk claims that selling directly to customers within the states isn’t hurting the existing franchisees; he feels that people behind the suits have their own agendas in mind.

Musk says that one dealer involved in the suits is upset because he wasn’t granted a Tesla franchise and another dealer is selling a competing vehicle as a Fisker dealer. One of the suits is seeking to shut down a Tesla owned showroom in Boston. The same dealer associations have been successful in the past and preventing Ford and GM from opening factory owned stores in the states within the past 20 years.