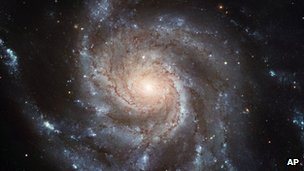 Scientists and researchers in Australia have a new tool to study the heavens with the launch of one of the world’s fastest telescopes set for today. Rather than being an optical telescope, this is a radio telescope dubbed the Australian Square Kilometer Array Pathfinder. The radio telescope is in Western Australia and has 36 antennas each with a diameter of 40 feet.

The telescope cost $155 million to construct and is expected to start capturing radio images today. The radio telescope forms part of the world’s biggest radio telescope project, the Square Kilometer Array. The massive telescope is located at the Murchison Radio-astronomy Observatory, which is situated 196 miles northeast of Geraldton in the Western Australian desert.

The new telescope is expected to be able to scan the sky faster than existing telescopes. One reason for the telescope’s expected speed is that there is limited interference from man-made radio signals in the remote area where it is installed. This radio telescope is part of the larger Square Kilometer Array that will begin construction in 2016.

Scientist Doctor John O’Sullivan says that the new radio telescope isn’t very big, but it’s still a very powerful survey instrument. The telescope will be used to survey the sky and probe the origins of stars and galaxies in the heavens. The telescope is also being used in a research project to search for black holes.