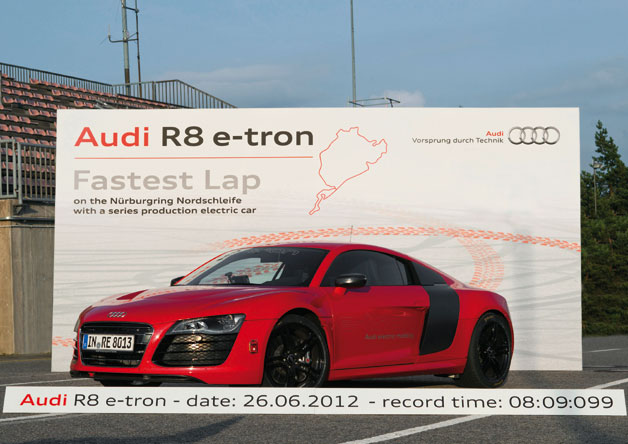 It’s time to put your dreams of owning Audi’s R8 e-tron to bed — the German automaker won’t be shipping the electric car to dealerships, according to a Wired source. The record setting vehicle’s sales plans were apparently axed due to driving range concerns and a new focus on plug-in hybrid vehicles. We followed up with a contact of our own, who confirmed that the R8 would be produced only in small numbers, and only for internal use, at that. The R8 may be dead, but its core achievements should appear in future vehicles, we’re told — including its lightweight construction, AMOLED rear-view mirror and battery management system.

Audi R8 e-tron won’t see public sale, will be used for internal evaluation only originally appeared on Engadget on Thu, 25 Oct 2012 06:12:00 EDT. Please see our terms for use of feeds.