HomeNewsASUS PadFone 2 to hit European and Asian markets before end of...
News 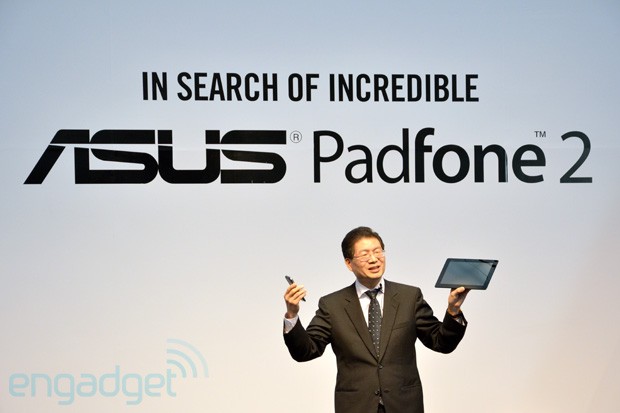 At the PadFone 2 launch event in Taipei, ASUS let out some details on worldwide availability for its latest phone-and-tablet combo. A handful of countries in Europe and Asia will actually get to buy it before the end of December this year, including these: Bulgaria, Denmark, Finland, Germany, Hungary, Italy, Poland, Portugal, Romania, Spain, Sweden, Hong Kong, India, Japan, Malaysia, Singapore, Taiwan (which we already know), Thailand and U.A.E. Don’t worry if you’re not on the list, as ASUS says more will be announced at a later date, so stay tuned.

Update: Jonney Shih just announced in Milan that for Europe, the PadFone 2 tablet bundle will be priced at €799 ($1,040) for the 32GB model, and €899 ($1,170) for the 64GB model. Without the tax, these figures aren’t too far off from their Taiwanese counterparts, but the subsidized prices, if any, will obviously be a lot more attractive than these.

ASUS PadFone 2 to hit European and Asian markets before end of December (update: European prices) originally appeared on Engadget on Tue, 16 Oct 2012 05:15:00 EDT. Please see our terms for use of feeds.