HomeNewsASUS PadFone 2 review: two times is a charm for this phone-in-tablet...
News

ASUS PadFone 2 review: two times is a charm for this phone-in-tablet combo 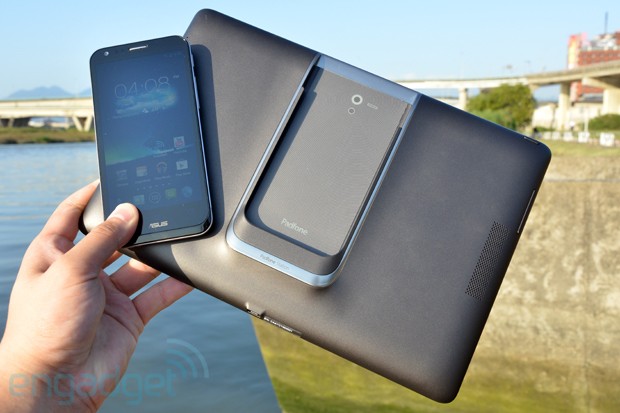 It’s only been half a year since the peculiar PadFone made its much-delayed entry into select markets, and earlier this week, ASUS’ launch of its second-gen phone-in-tablet brings us back to this old question: are we better off with just one mobile screen instead of two? Ask any ordinary manufacturer and the answer is likely the latter, because who doesn’t want to sell more products? Similarly, carriers would likely back such manufacturers for the sake of selling more data plans, even if they admire ASUS’ efforts (and they could already be selling ASUS tablets in the first place). Some folks also argue that if you have to carry the tablet module with you anyway, you might as well have two separate devices for better multitasking.

It seems like there’s a huge mountain to climb here, but on the flip side, ASUS’ innovative differentiation does have some advantages. You only need one data plan (and no tethering required) for both form factors, you get to keep the same data in one place instead of having to duplicate them and you can pretty much instantly switch between a small screen and a large screen for the same content. Not to mention that there’s also the added functionality of charging up the phone while it’s sitting inside the tablet. Alas, the original PadFone and PadFone Station didn’t quite hit the spot: the combined weight and bulk made it tough to justify the phone-in-tablet idea, which is why we said it’s all about the PadFone 2 in our review. Let’s see if ASUS has done it right this time ’round.

ASUS PadFone 2 review: two times is a charm for this phone-in-tablet combo originally appeared on Engadget on Thu, 25 Oct 2012 15:00:00 EDT. Please see our terms for use of feeds.