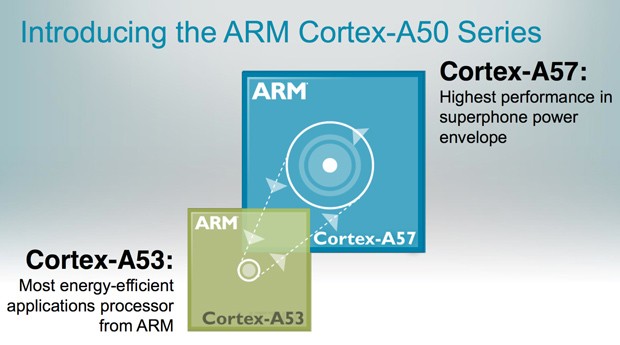 We knew this was coming, not least because someone let the cat out of the bag (or at least a paw) last night. Nevertheless, it’s only today that we’re getting the full picture of ARM’s “clean sheet” v8 architecture, and you know what? It’s pretty astounding. Top billing goes to the Cortex-A57, which is said to deliver “three times the performance of today’s top smartphones” without guzzling any additional power. Alternatively, the chip could be designed to deliver the same performance as a current smartphone or tablet but make the battery last five times as long — which would make that Surface RT just about five times nicer than it is already. How’s all this possible? Read on for more.