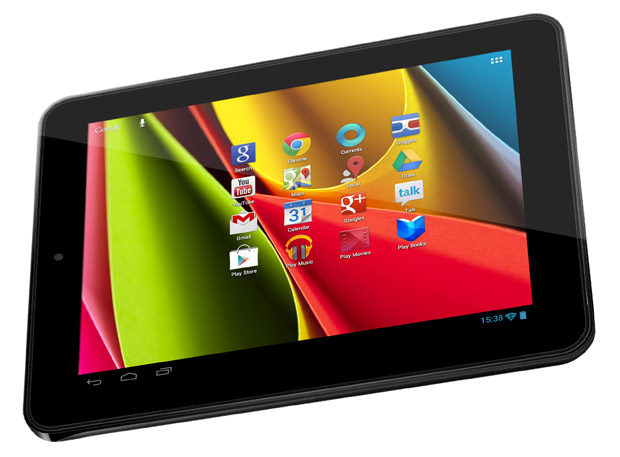 The FCC may have spoiled the surprise months ago, but Archos has taken to Facebook to officially reveal the new member of its Elements range — the Archos 80 Cobalt. As you may have guessed from the familiar size codification, the WiFi-only slate sports an 8-inch capacitive screen filled with 1024 x 768 pixels, supporting 1080p video playback. The other specs you’ll want to know include the dual-core processor running at 1.6GHz, 1GB of RAM and 8 gigs of on-board storage, expandable with a microSD card of up to 64GB. Modest 2-megapixel and 0.3-megapixel shooters occupy the back and front of the 0.48-inch (12mm) thick tablet, respectively, which weighs in at a solid one pound (470g). There’s no word on a release date or pricing for this ICS device, but we’d imagine the answers are “soon” and “under $200.” Any more than that, and we can’t see people choosing it over, say, a Nexus 7, even if it does have an extra inch on the competition.