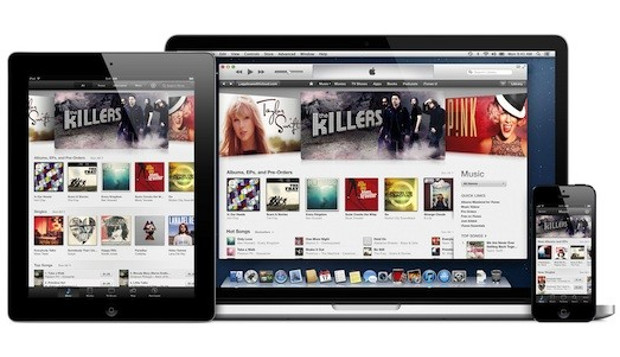 Rumors of a music streaming service from Apple have been circulating since the dawn of the iPod age. Bloomberg is reporting that an internet radio platform from Cupertino is nearing reality, as talks between Apple and the major music labels have “intensified.” The negotiations center around how to share revenues from an ad-supported service that, according to reports, would pose more of a threat to sites like Pandora than it would Spotify. In fact, after Bloomberg reported that the new Apple service could launch during the first quarter of 2013, Pandora stocks plummeted over 17 percent and trading of the company was briefly halted. According to sources Cook and co. are seeking much more flexibility than its potential competitors enjoy and earlier access to new releases. The shift towards ad revenue and a new platform for helping listeners discover music is considered by most involved to be an essential evolution of the iTunes ecosystem as sales of digital downloads have slowed. For more, hit up the source links.