Apple’s event on Tuesday was fun. The company offered up a slew of hardware products for consumers to drool over, and it did a fine job of appealing to everyone from mobile customers to computer purchasers.

The iPad mini will undoubtedly be a fan favorite, as will the fourth-generation iPad. The new iMac is downright beautiful with a thinness that has yet to be matched. Even the 13-inch MacBook Pro with Retina display, which is admittedly expensive, should attract quite a few customers. 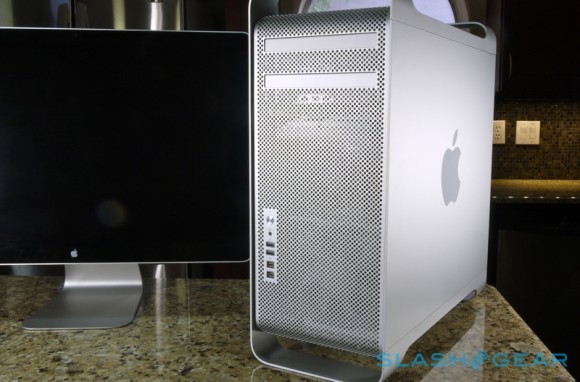 But the only part of the market that Apple didn’t touch at its event was the power segment. Apple had products for mobile customers and casual users. But what about those of us who need power and sophistication?

Apple has once again updated its Mac line without once mentioning the Mac Pro. That computer, which is used heavily in the corporate design world, hasn’t been updated in two years. And so far, it’s as if Apple doesn’t really care. In fact, the company has gone out of its way to ignore the computer while it attempts to wow us with its other products.

I’m starting to wonder if Apple hates the Mac Pro. For months now, we’ve been hearing whispers that a new version of the desktop was in the works, only to be disappointed when it goes missing at Apple’s many press events.

According to some reports earlier this year, Apple executives have promised an update. So far, however, there’s been no public explanation for why the computer has been ignored. I’m not saying that Apple has to update the Mac Pro today (though it would be nice), but I do believe that the company should at least provide an explanation.

Right now, there are countless Mac Pro users that are stuck with an obsolete computer, not knowing what they need to do. Should they ditch Apple’s product and go buy a high-end PC? Should they wait Apple out to see if it updates the Mac Pro at some point soon? Apple, for some reason, doesn’t want to provide them with an answer.

Not providing them with an answer is a big mistake. Eventually, designers will need more power, and if Apple doesn’t allay some fears soon, they’ll go elsewhere. And when they go elsewhere, they might never come back.

It’s odd to me that the Mac Mini, a product that was largely ignored by Apple for so long, has received more updates in the past couple of years than the Mac Pro. The Mac Mini is a cheap product that likely has a razor-thin margin. The Mac Pro could be a cash cow for Apple.

And yet, here I sit, writing this on a Mac Pro, wondering why Apple doesn’t see things the way I do. Yes, I know Apple is successful and it has made many smart moves, but this time around, I think it’s making a mistake.

Mac Pro users are arguably Apple’s most loyal and trusted fans. They’re buying the company’s most expensive product, and in the past, acted as evangelists when there weren’t that many products worth drooling over. It’s about time Apple shows those folks some respect and delivers a new Mac Pro.