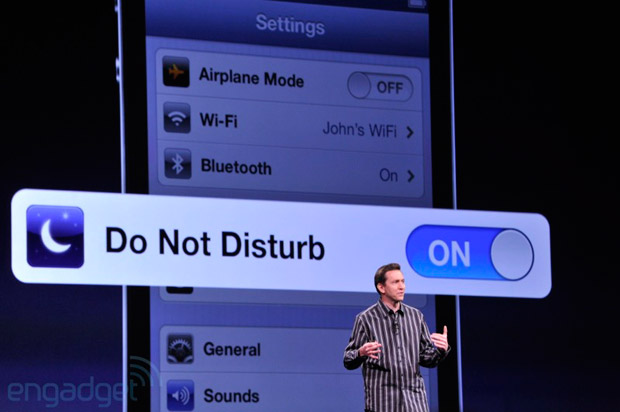 Huge news out of Apple today, as its senior vice president of iOS software, Scott Forstall, will leave the company next year after putting in some 15 years. Furthermore, John Browett — head of Apple retail — is also on his way out. The memo was delivered late today, on a day that is littered with other news that the company may hope will bury the bulk of it — and, on a day where trading on the New York Stock Exchange is halted due to Hurricane Sandy. It’s practically a given that Forstall is taking the brunt of the impact from its decision to forge ahead with an obviously subpar Maps application, all while trumpeting it as one of the pillars of iOS 6 during his keynote speech at WWDC 2012. The introduction of Siri as a beta product is also on Forstall, and we all know what happens to executives who flub something related to iPhone….

As the shakeup unfolds, Jony Ive, Bob Mansfield, Eddy Cue and Craig Federighi will add more responsibilities to their roles. In other words, Tim Cook isn’t about to usher in new help who may thwart the company’s efforts to continue at its breakneck pace. Curiously, Mansfield will be heaping more on his own plate just months after he had originally planned to retire. As for Ive? He’ll be responsible for providing “leadership and direction for Human Interface (HI) across the company in addition to his role as the leader of Industrial Design.” Eddy Cue will be gifted burdened with Siri and Maps, while also keeping an eye on the iTunes Store, the App Store, the iBookstore and iCloud. Needless to say, he probably won’t be seeing too many walls outside of Cupertino for the foreseeable future. Federighi is being tasked to lead both iOS and OS X, while Mansfield chairs a new Technologies group that bundles Apple’s wireless teams across the company. (Of note, Dan Riccio — who was scheduled to take over for Mansfield prior to his retirement retraction — isn’t among those who are gaining duties.)

Just months after Browett was brought in from Dixons in order to lead up Apple’s retail efforts, he’s on the outs as well. Of course, he’s also responsible for the branch having to tell stores that it “reporting that Forstall was asked to resign after refusing to sign his own name to Apple’s Maps apology, leaving Tim Cook to sign his name instead. Yikes.

Apple executive shakeup: Scott Forstall and John Browett are leaving the company originally appeared on Engadget on Mon, 29 Oct 2012 17:10:00 EDT. Please see our terms for use of feeds.