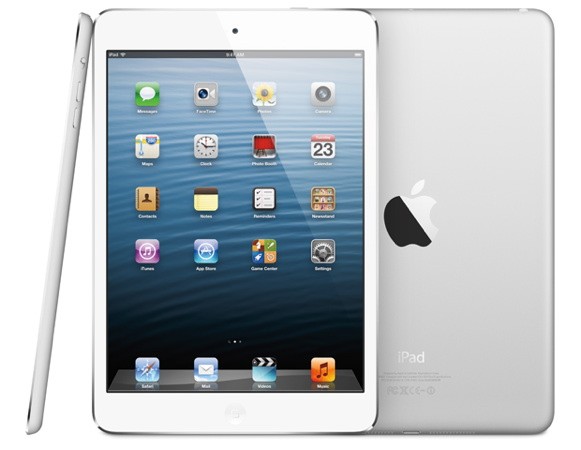 Well, hello there, the worst-kept secret in tech. Apple’s iPad mini is the company’s newest device, a 7.9-inch tablet that’s designed to go toe-to-toe with Google’s Nexus 7. For now, it’ll sit alongside the iPad 2 and fourth-generation iPad, and as it packs the same 1,024 x 768 display as the second-generation slate, apps will carry across without any resizing. While Phil Schiller didn’t mention Google or the Nexus 7 by name, the rival slate (and Google’s app library) was compared to the newest iOS device. On stage, he claimed that the screen, which is .9-inch larger than the Nexus 7, gives the iPad mini 35 percent more display area than Google and ASUS’ collaboration.

On the hardware size, the 7.2mm thick, .68 pounds device has been manufactured with an “all new” process that gives it the same anodized edges as you’ll find on the iPhone 5. If you were hoping for equal specifications to the big-daddy iPad, you may be mildly disappointed. While it will pack a 5-megapixel camera and an LTE modem (if you opt to buy a cellular model), it’s running the last-generation A5 CPU. However, the slower internals and less potent display may account for how the company has been able to squeeze out a claimed 10 hours of use despite the constrained space for a battery. Pre-orders for the $329, 16GB WiFi-only model begin on Friday (October 26th) and will begin shipping on November 2nd. The cellular-equipped models will begin shipping a few weeks afterward on AT&T, Verizon and Sprint, with the 16GB base model costing $459, running all the way to $659 for the 64GB unit.